It is Wednesday afternoon and you are in the gym lifting with some male friends. You look around, the place is a sausage-fest, completely devoid of females. Motivation is low and gym rats appear to be just going through the motions of lifting weights. A new female member of the gym enters and the mood instantly changes. Guys start stacking plates on the bar and crushing reps of bench, curls, squats and deadlifts. What is the cause of this? Yoga Pants.

Without a known scientific term, I have dubbed this “The Yoga Pants Effect”. The presence of females, preferably in yoga pants, helps men all across the country lift more weight. Does this actually provide a positive effect? And why? 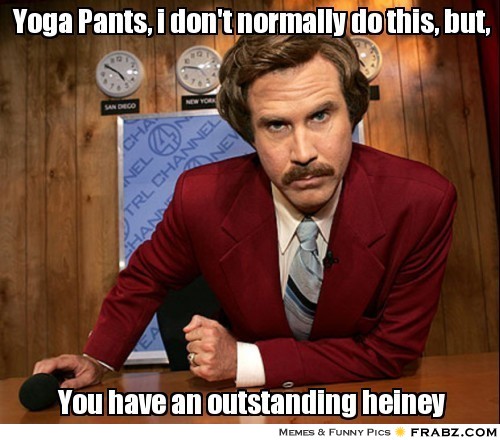 In “Faster, Higher, Stronger” the author cites a study of men running on a treadmill and a scientist asking them for their rate of perceived exertion (RPE) or how hard they think they are running on a scale of 1-10. Without changing any other variables, the same question is asked to participants but this time with an attractive female in the room. With the females present, the men gave a lower RPE. By simply having an attractive female in the room, men believed they could push themselves harder. The conclusion, which I agree with, that this is probably hardwired into the male genes. The caveman like genetic variant of men wanting to appear strong and protective in front of females can be leveraged in the gyms of today. If you are a male who works out in a gym, I am sure you have felt the power of the Yoga Pants Effect at one time or another. Many men can often squeeze out a couple more reps or use a slightly larger set of dumbbells when females are around.  Just try not to get too distracted. 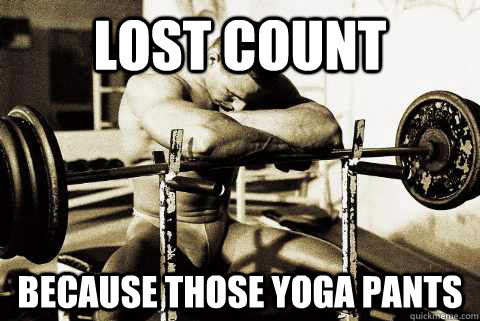 For runners who have raced in the Boston Marathon, you may want to call this “The Wellesley Effect”. At mile 13 of the Boston Marathon there are hundreds of college girls with signs that say “Kiss me, I’m ____.” The signs are handmade and the ____ says almost everything imaginable. Kiss me I’m Irish, Persian, Greek, a Freshman, a Senior, a runner, a lacrosse player, lonely, sexy, horny, drunk….the signs have so many variations it is hard to recall them all. I would curious to see mile splits for runners going by Wellesley College. I bet they would show negative splits as runners speed by (as long as you do not count the runners who actually stop to kiss the lovely girls of Wellesley). 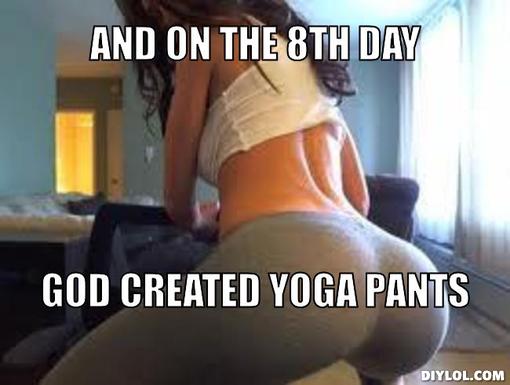 As a male, I am not sure the effect works in reverse. Do females lift more and train harder when attractive males are in the gym? Maybe, but I think the Yoga Pants effect is probably stronger. Plus, if attractive men do have a positive athletic effect on women...I haven’t thought of a catchy name yet, but I am open to suggestions. Ladies?