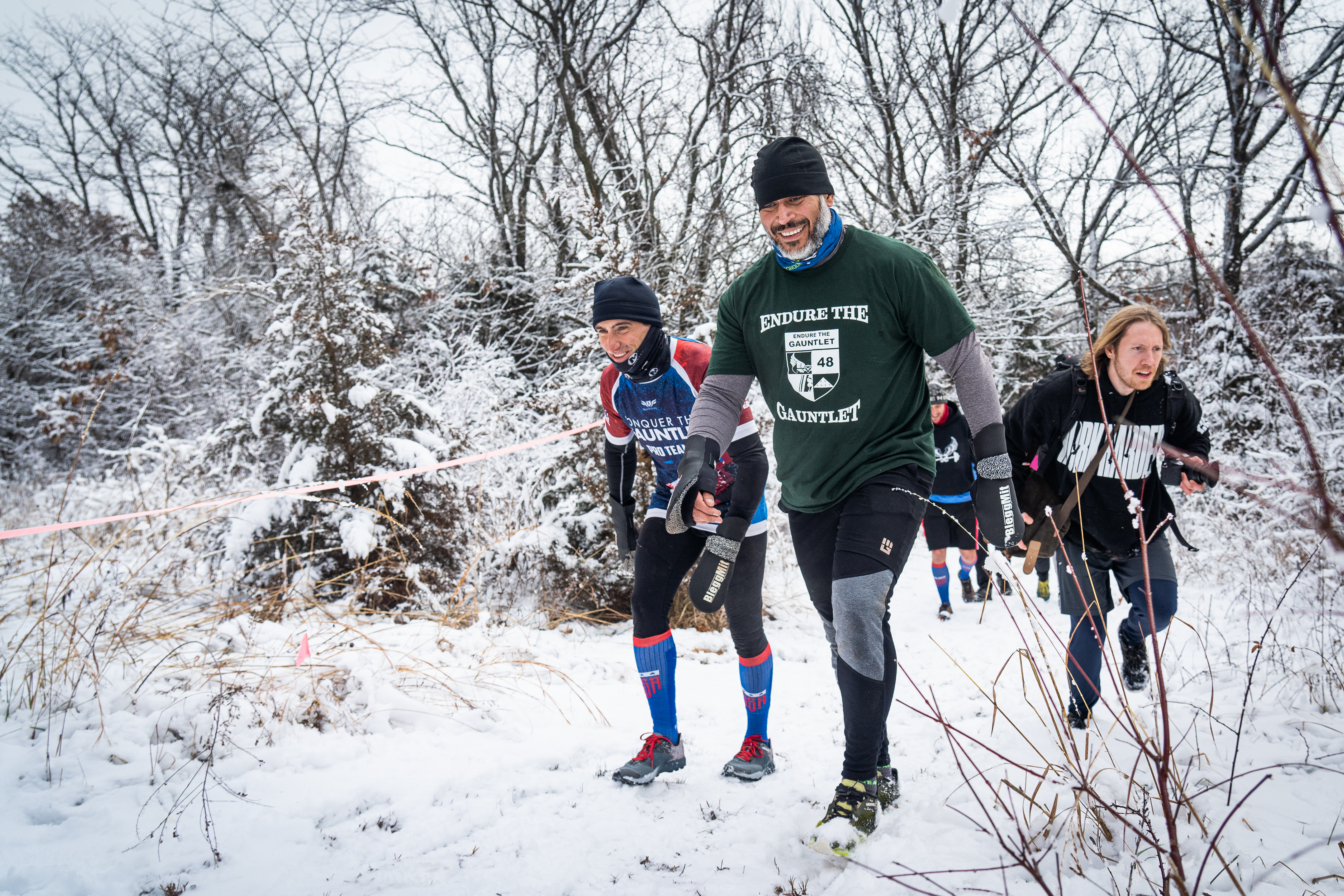 To the outsider my list of Ultra-OCR charity events may seem like a blur and equally as hard across the board. Is the 24 hour treadmill OCR (1 mile run + 4 obstacles repeated for 24 hours) hardest due to boredom? Is the 48 hour multi-lap of Conquer The Gauntlet hardest due to length of time? Is OCR America hardest because it was 7 days long and the first major charity event I ran? Or could it be the Ultra-OCR Grand Slam since I competed in 6x 24 hour OCRs in 365 days with different competition that were usually only racing in one 24 hour that year? I’m not sure which was hardest, but the most impressive one in my mind was OCR America 2: When Hell Freezes Over, an 8 day, 8 venue, multi-lap event where I ran a marathon length OCR every day for eight days in late January. Here’s why: 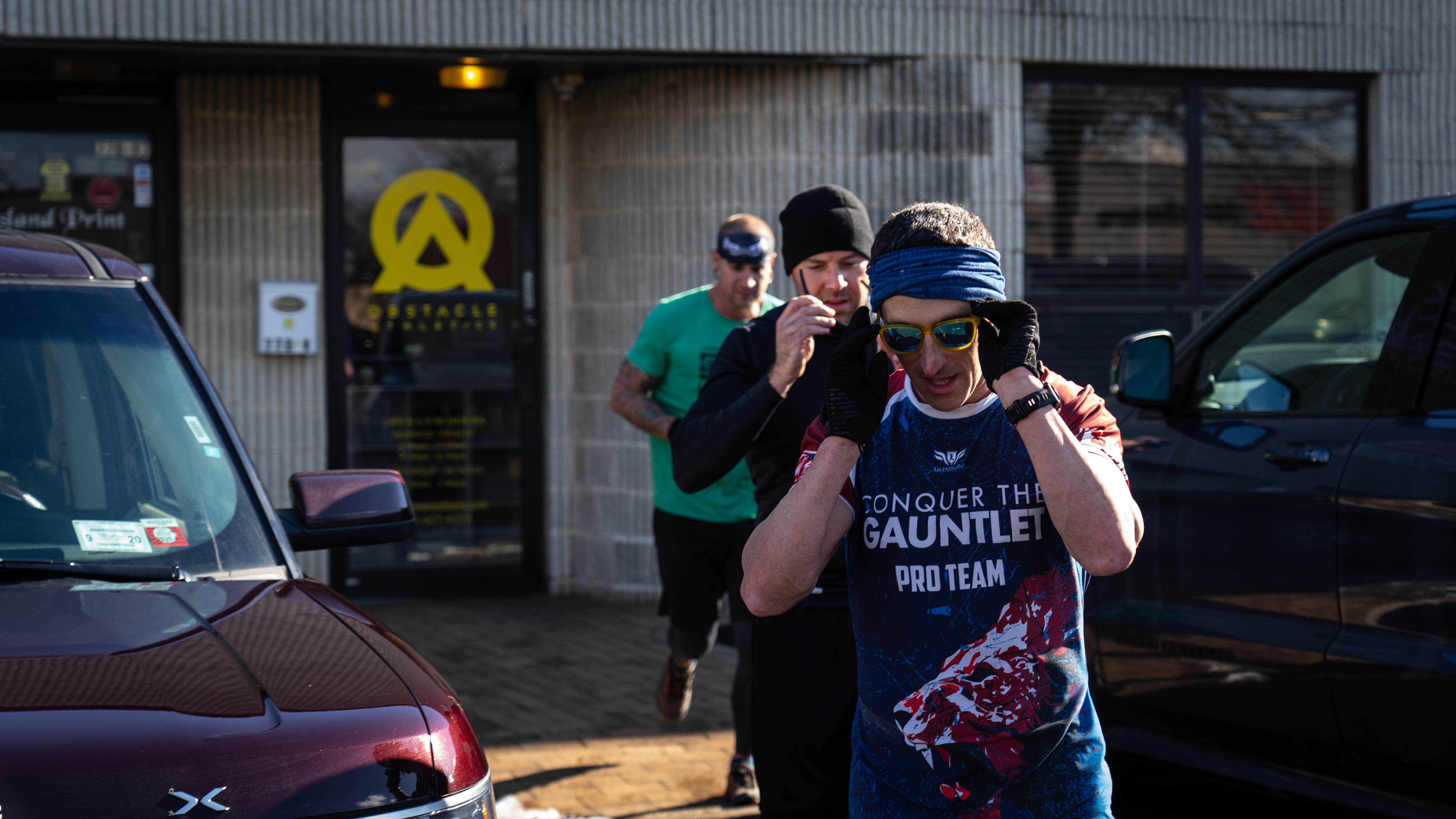 1. Flash to Bang: One of the hardest parts about doing these charity events is not only do you have to physically do them, but you are organizing and planning them too. I found out in late December work wasn’t going to let me travel to Kuwait for Hannibal Race, so I took an idea I had for 2021, OCR America 2, and pivoted it to 2020. On December 19th I made the decision, then proceeded to start emailing sponsors, contacting brands, calling venues, finding a pit crew, designing shirts, designing belt buckles, setting up online registration and everything else that goes into an event. A week later, on December 26th, I placed the order for the buckles (after several back and forth adjusting designs), ordered the shirts and made the first public teaser announcement. Four days later the announcement was public and on January 19th, one month post decision I began running. 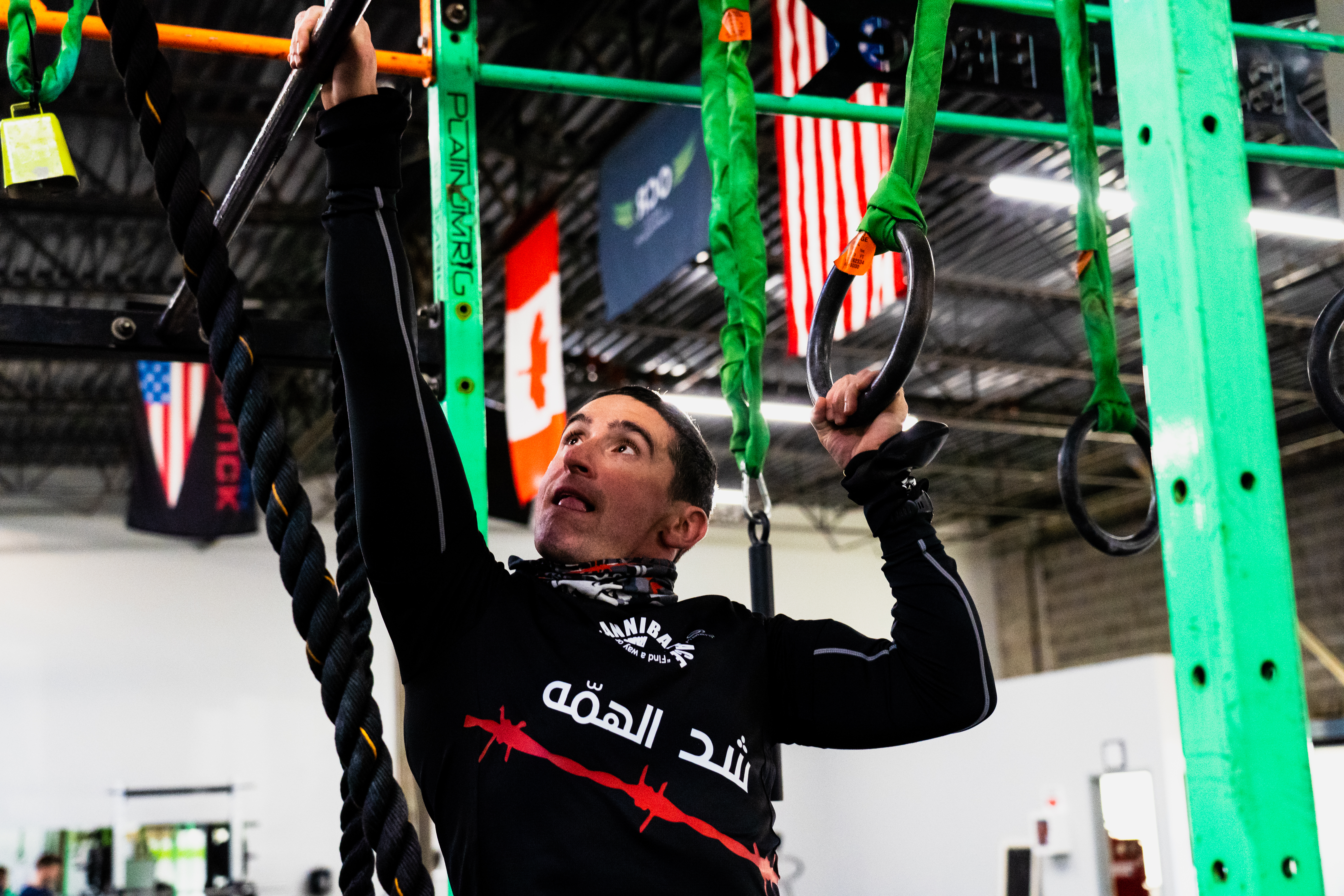 2. Training? That’s overrated: After World’s Toughest Mudder (mid-November) I go into off-season mode where I stop running but continue to strength train. With the event a month away, I had time for a two week training block and a two week taper. Essentially I was relying on the last 20 years of my life and consistent fitness to perform on event day. I was equally worried about injury for such a sudden increase as I was about physically being able to run that much on what I would consider “no training.” 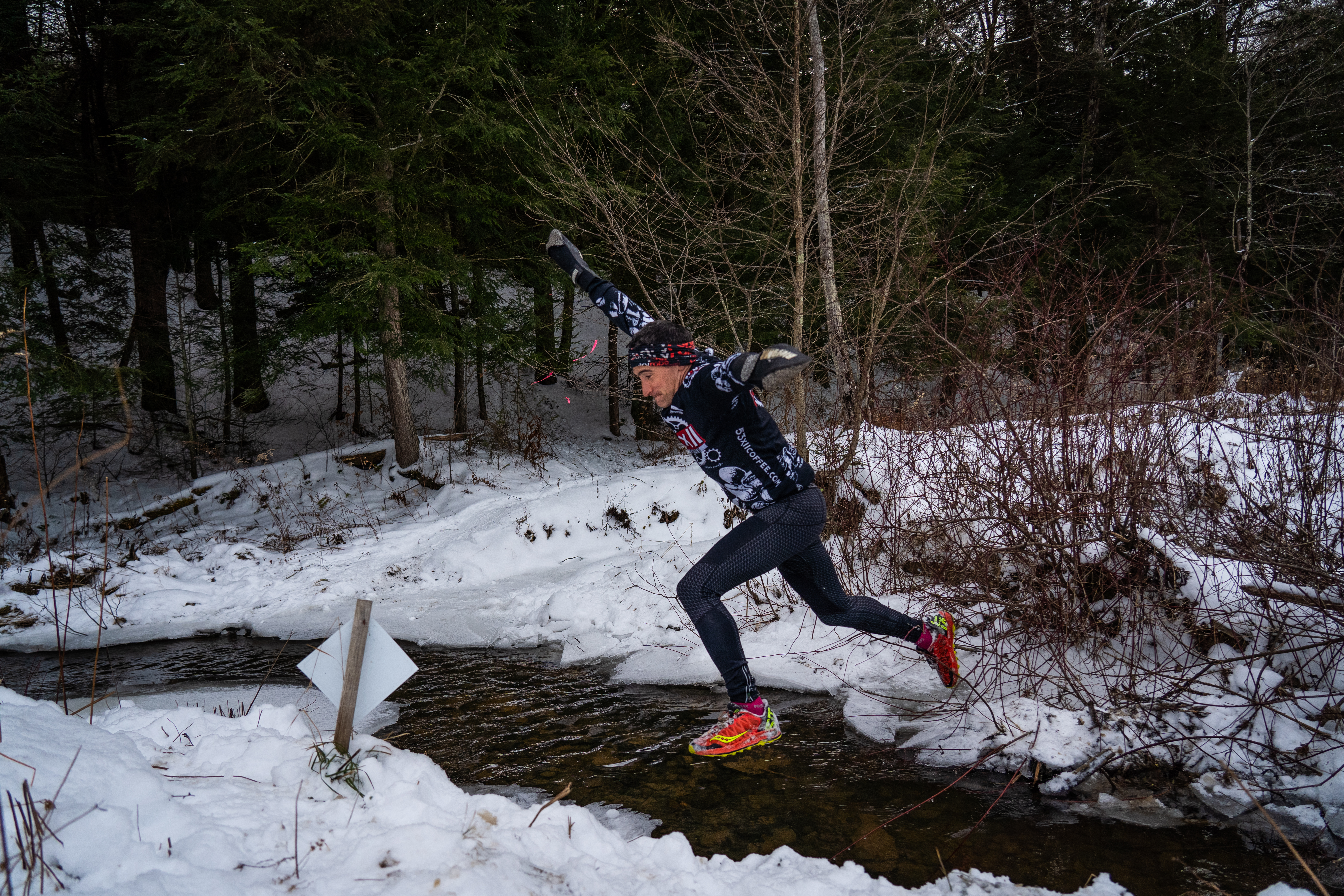 3. Best Performance: When you are the only athlete covering the distance it is hard to judge how well you are performing. In OCR America back in 2016, I did a lot of walking after day four. With OCR America I was still jogging at a decent pace on Day 6 (day 7 and 8 are a different story). However, the video from Michelle Warnky’s Movement Lab Ohio captures it well. Despite logging lots of miles and completing hundreds of obstacles, Amy Pajcic and I are playing around on obstacles like it’s a normal day at the ninja gym. Going into day 8 I had covered 191 miles, that’s over 27 miles a day for seven days. In 2016 I was only able to cover 161 miles and that was without having to deal with single digit temperatures and snow.

4. Arguably the Hardest Event: Finally, I think you could make an argument that this was my hardest event. While they all had their challenges, 8 venues, 8 days, 200 miles and 1000+ obstacles is a lot of wear and tear on the body. Add in that most people don’t like being outside at all in the winter but I was doing it for 8 days in a row for up to 12 hours a day. Actually, I thought 48 hours of Endure The Gauntlet was harder but that’s because I don’t like the heat, my hands were ripped to shreds along with swollen, my pit crew was pulling ticks off my legs every lap, I was covered in bug bites that itched for days and Conquer The Gauntlet’s obstacles felt like an ass kicking on every lap.

In the end, I performed above my expectations for OCR America 2: When Hell Freezes Over. This was largely due to a stellar pit crew. My dad, an experienced member of my pit crew, was there who knows me better than anyone but my wife and he handled a lot of the logistics. Strength & Speed’s Jacob Stone handled the driving and his conversations kept me amused while pacing me. Obstacle Running Adventure’s Mike Stefano produced, what I think is, the best OCR podcast content ever (listen to episodes 112-119), Stoke Shed’s Bobby Ross the filmmaker kept me motivated by pacing and producing daily videos that were the highlight of my day.

When you are being beaten down by the course day after day you certainly don’t feel tough. However, seeing Bobby’s videos every morning made me visualize an ideal version of myself….Ultra-OCR Man that allowed me to tap deeper into the mental grit bank. There were days I was limping all evening because my ankle was swollen. I would go to bed not knowing if I could continue the next day. I never externalized the feelings because I worried they would manifest themselves into reality. Instead I silently prayed, pushed it out of my mind and decided sleep would make it go away. It worked…kind of. Every day that passed my ankle would start hurting earlier and earlier in the day. From my now skewed memory I think on day 5 it was 18 miles, day 6 it was 14 miles, day 7 around 10 miles and by day 8 after only 6 miles I was in pain.

With 2020 being a slow race year it has allowed me time to reflect on my biggest event of the year and one of the best experiences of my life. That’s it for OCR America…or so I keep telling myself. Keep training and I hope to see you at 2021’s charity event, which is less than a day in length...thank goodness 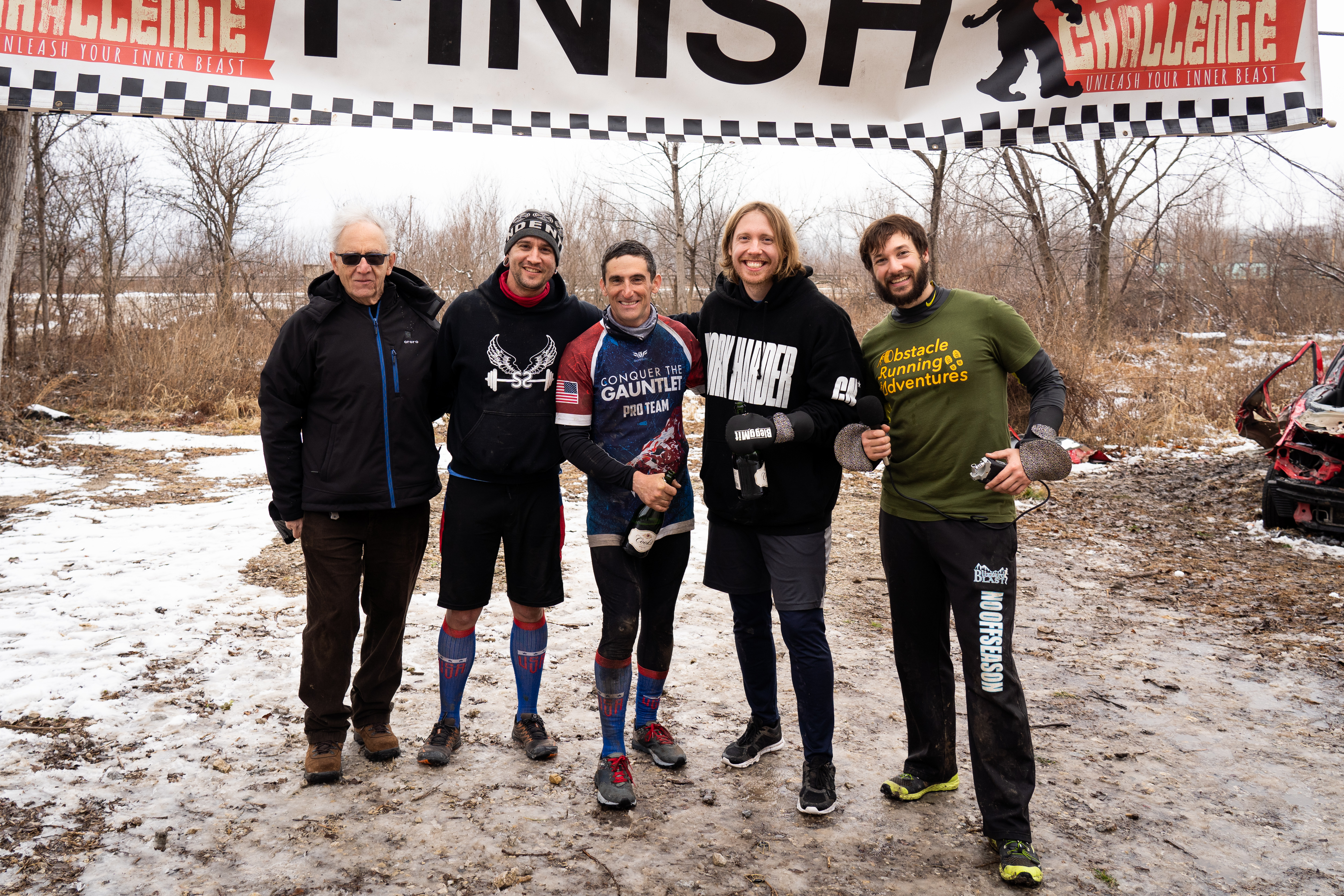