What makes a race?

2020 has been a weird year for racing. While there was some live events put on by brands like Savage Race, Conquer The Gauntlet, KC Timber Challenge and even a couple of Spartan Races, much of the sport was put on hold. Many options for racing came in the form of local events for me personally. As a competitive athlete who uses race results to gain perks from sponsors and uses my results to help promote my books, it got me thinking, “What defines a race and which of these non-standard events should I count in my results tally when talking to sponsors?”

As I compiled my stats for the year, do I count “virtual races” in my results? What about races with no entry fee? Do I only count it as a race if certain level of competition shows up? What about FKT (Fastest Known Times) or Strava segments? What about the charity event I did OCR America 2: When Hell Freezes Over where my pit crew and I were the only ones that participated at some level all 8 days?

Here’s my attempt to define what makes an “official race”:

1. INTENT: The race organizers declare it as a race and athletes show up to the same starting location at around the same date/time with the intent to do their best/win.

3. COMPETITION: It is open to the general public, requires qualification OR invite only where competitive athletes are invited. 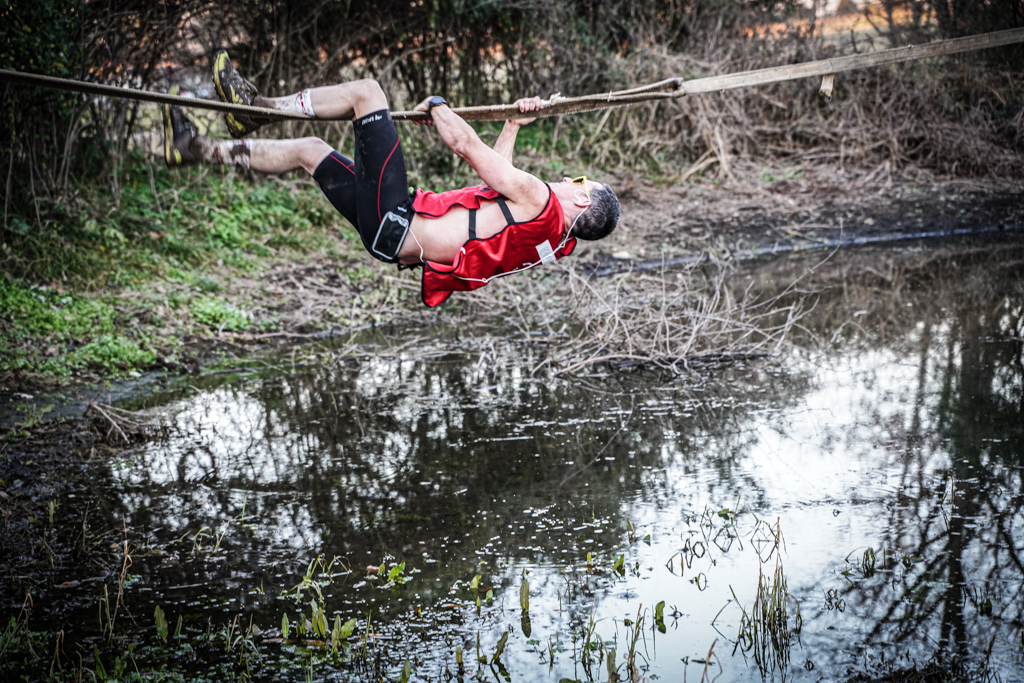 Clearly there is a lot of subjectivity here, but here are my thoughts on each and where some of these non-standard events fall:

The same starting location is a specifically a reference to virtual races. While a Virtual Race can be very competitive (or more competitive than live events) if the right people sign up, I list them separately from my live races. I think Virtual Races are their own category of events. The same goes with Strava segments or FKTs, which I would list as two separate accomplishments in my bio/resume. Both may be more difficult than a live race but they are run at different times/dates from other athletes in different conditions.

RECOGNITION: Athletes either pay for entry, receive prize money, receive prizes OR have some sort of recognition (i.e. results online, announcement at race, podium ceremony): I ran a KCOCR event earlier this year that was completely free but with a small field. Somewhat interesting the small field proved competitive and my 3rd place finish was my only non-win race (out of five races) result of 2020. Furthermore, the prize for reaching the podium was a pass to a local climbing gym (ROKC Olathe), valued at $155. That’s a better prize than many races with entry fees like Tough Mudder or Rugged Maniac.

Is it only a race if there is prize money? I don’t think so, if that was the case World’s Toughest Mudder 2019 wasn’t a race since it had $0 in prize money. However, there does need to be some sort of recognition for the winners whether that be physical prizes, cash prizes, public announcement, podium ceremony or results posted online via website/social media. If you are competitive athlete looking for sponsorship you may want to break down your results even further by stating things like X podium finishes with cash prizes or Y wins where the prize money was in the four digits. More refinement can help express your value to sponsors in a more clear way that makes you stand out from other athletes.

COMPETITION: It is open to the general public, requires qualification OR invite only where competitive athletes are invited: If we say they are only “official races” if it is open to the general public then things like the “Spartan Games” recently held by Joe DeSena aren’t “official” races or events. That also means events like “Barkely’s Marathons” wouldn’t be official events since the entry process is convoluted and requires being “in the know”. However, I would consider both the Spartan Games and Barkely’s as official races/events that if I were a competitor in those I would list as part of my race results.

You can get around this open to all by “requiring qualification” like events like the Boston Marathon or OCR World Championships, both are definitely official races. Finally, if neither is an option the invite needs to go out to a large enough or highly qualified enough field (which is open to a large amount of interpretation). Not all the competition needs to show up, but the invite should be put out allowing them to come if they desired and if their schedule is open. For example, not every athlete shows up to every major race each year. Some of them pick and choose where they are going to peak/perform.

Who cares if it’s an “official” race?

This also begs the question, why should I…or really anyone care? I can’t answer for everyone but for me personally it’s about being transparent and honest with current or future sponsors and other opportunities. I don’t want to say I’ve won five races last year if they were “races” of me challenging random people on the street to Obstacle Course Races (OCRs) that no one else was invited to. For me personally, I’ve received more benefits in stuff and prizes than in actual cumulative dollars in cash (look for my next article “Should I Care About Placement If There is No Prize?”

If I’m applying for a competitive TV show like Eco-Challenge or American Ninja Warrior I don’t want to claim something that isn’t genuine. Perhaps my time in the military influenced me where I feel there needs to be standards for things, like this example of “combat deployment”.

Deployments are labeled combat or not regardless of what my personal experience would state. For example, while deployed to Kuwait tasked with training the Kuwaiti military I was receiving combat entitlements, drove a civilian car through the city and lived in apartment in downtown. Yet, technically according to me records this is a “combat” deployment despite it looking nothing like what I would actually consider combat or experienced in Iraq. It doesn’t meet Evan’s standard of combat but officially according to my records those two months are listed as “combat”.

My OCR America events aren’t races but challenges based off the above definition. Mostly because I didn’t declare them as a race and while I invited others to pace me the invitation wasn’t really out for people to run every single mile of the event with me (assuming someone would want to do that).

That’s a quick summary of the conclusion I came to. It helped me identify what I would list as official results in my bio for 2020, a very weird year for racing. If this isn’t a good enough solution, I think it is a pretty good starting point to help identify races and keep things transparent. Feel free to drop some comments below or in the Facebook post.