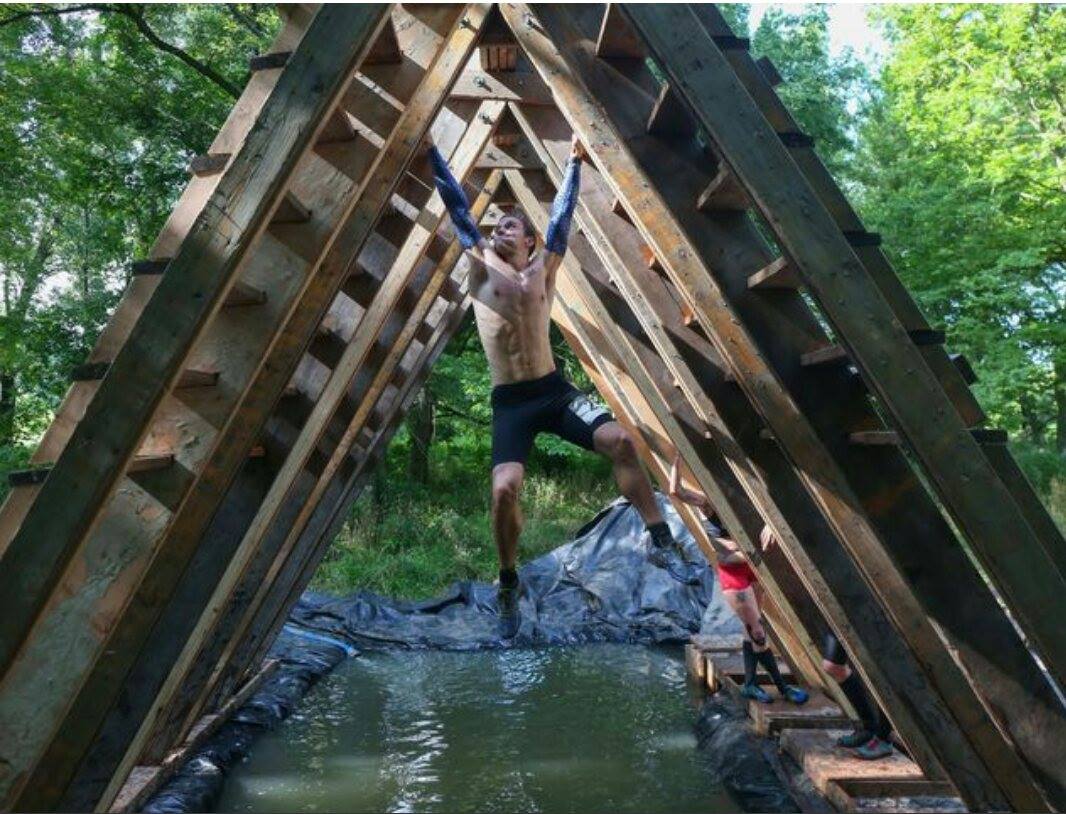 On Saturday July 16, 2016, I had the pleasure of running my first Conquer the Gauntlet (CTG) event in Des Moines, Iowa. I made the trip down the night before with Fellow S&S Dev Team Member Josh Rundquist and North Star Spartan teammate Dan Stowe. As we sped south of I-35 I couldn’t help but think I’d be able to speed along the flat terrain the next morning (I mean seriously, the state is so flat that if the corn wasn’t growing I could probably see all the way to Missouri).

We woke up early and made our way to the venue. Parking and registration went smoothly and it was just a matter of warming up and waiting for the starting line. Over the past two weeks I had been thinking a lot about this race and thought it would probably be my best shot at finishing in the top 5 at a race this year. On the positive side, this race had mandatory obstacle completion, which I thought would help me out over some of the faster runners, and I had thought it would be a relatively flat course, which would help me against the people that are better on ascents. I was slightly worried when the obstacle list came out and I saw two possible balance obstacles, but was somewhat relieved when I saw that Pegatron was toward the first half of the race. I had my first opportunity to try a peg board at Ninja’s United, a local gym with a lot of the obstacles you’d see on American Ninja Warrior. I didn’t do too well, but I chalked that up to trying it at the end of a workout and felt somewhat confident I’d be able to handle Pegatron when the time came. 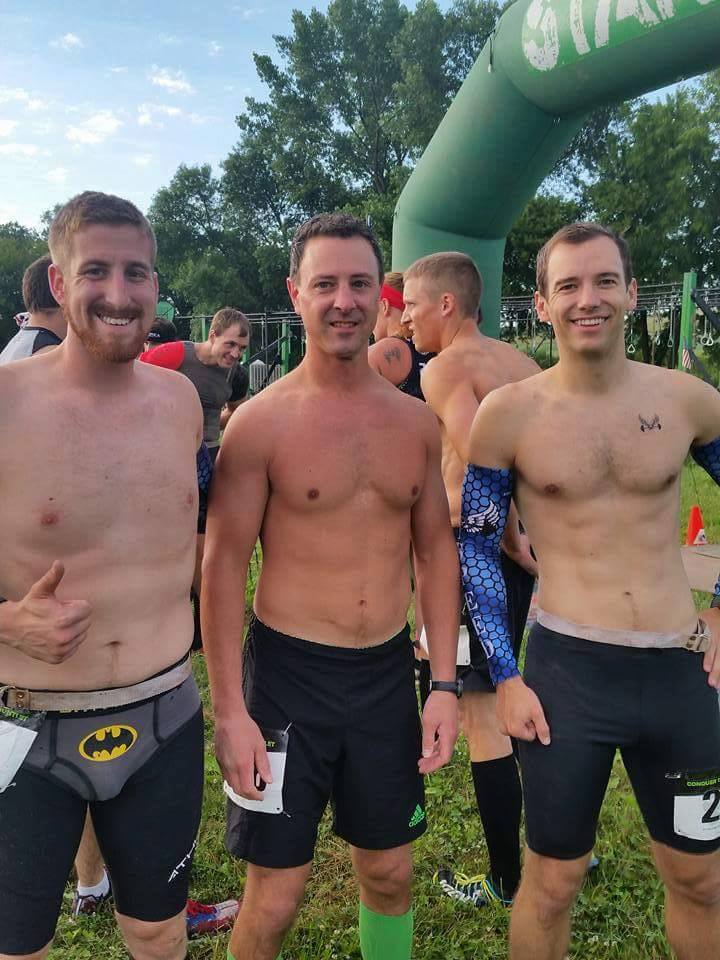 The race started off well and I found myself within the top 10 after the first obstacle (inverted ladder wall). Surprisingly, I made it across the slack line on my first try, passing a few more people, and then we were off into the woods. Once we were in the woods I discovered that CTG had found one of the few places in Iowa with any decent elevation change. We went in and out of a dried creek bed and up and down a ravine. I had anticipated running through some mowed fields and instead got some surprisingly technical trails and creek beds with loose rocks.

I passed a few others on some longer hills and by my count had moved up to 5th by the time I got to the Z-balance beam. I got 2/3 of the way before slipping on my first attempt. Then only a few steps. Then 1/3 of the way. I was able to try several times before anyone else had come through, and luckily a few of those ahead of me were also having difficulties. At one point, I followed the lead of another racer and tried to lay down and scoot across the beams. Unfortunately my knees touched the ground and it was back to the beginning. Eventually a larger part of the pack had come and it was fairly demoralizing to see a couple people get through after just a few attempts. Finally, after 15-20 minutes of attempts I made it through and took off at a sprint to try to make up some time.

During the next running section I bombed all the downhills I could to make up time. I had some minor skids down into some creek beds and at one point a small tree allowed me to keep my balance instead of going head-first onto a pile of rocks. I emerged from the woods relatively unscathed and had worked my way back up to the top ten or so. At that point I knew that my legs were going to allow me to catch up as long as I could make it through the obstacles. 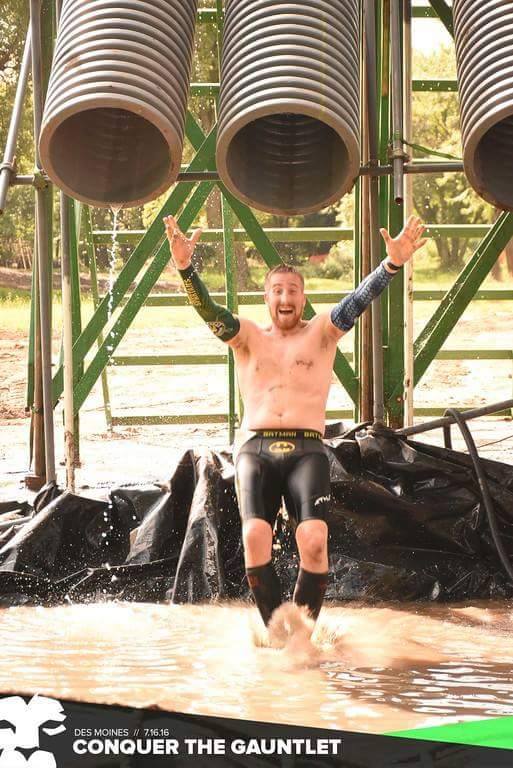 Then I got to Pegatron…

On my first attempt I got about halfway through before my momentum gave out and I was stranded hanging by one arm. I quickly got up and tried to go on another side so that my dominant hand would be in front. I got about as far, but my arms gave out again. I listened to other people and made some minor adjustments with technique, but wasn’t getting much farther. With each attempt my arms were getting more taxed and it took longer to try to recover before my next attempt. At one point I was able to get far enough that I thought I’d be able to get my feet onto the next set of foot holds, but I was about one hole short. Overreaching caused my swing to get off-kilter and I fell again. After over 30 minutes of attempts I was getting consistently less far on the wall and was demoralized by the amount of people that were making it through on their first or second attempts. I talked with Josh (who had made it to the wall before me) and we decided to give it one last shot before giving up out belts. Unfortunately neither of us made it, so we put our tails between our legs and turned in our belts.

This marked the second time I DNF’d a race (the first being the Surf the Murph 50 Miler last fall that I attempted after basically taking 2 months off of any training). My mood had soured, and with it my legs had turned to lead. Josh and I slogged through the remaining obstacles. I attempted to enjoy the terrain and focus on doing all of the remaining obstacles well. I made it through everything else on the first attempt, with the exception of the Tarzan Swing (CTG’s version of the Rig) which I got on the second try. 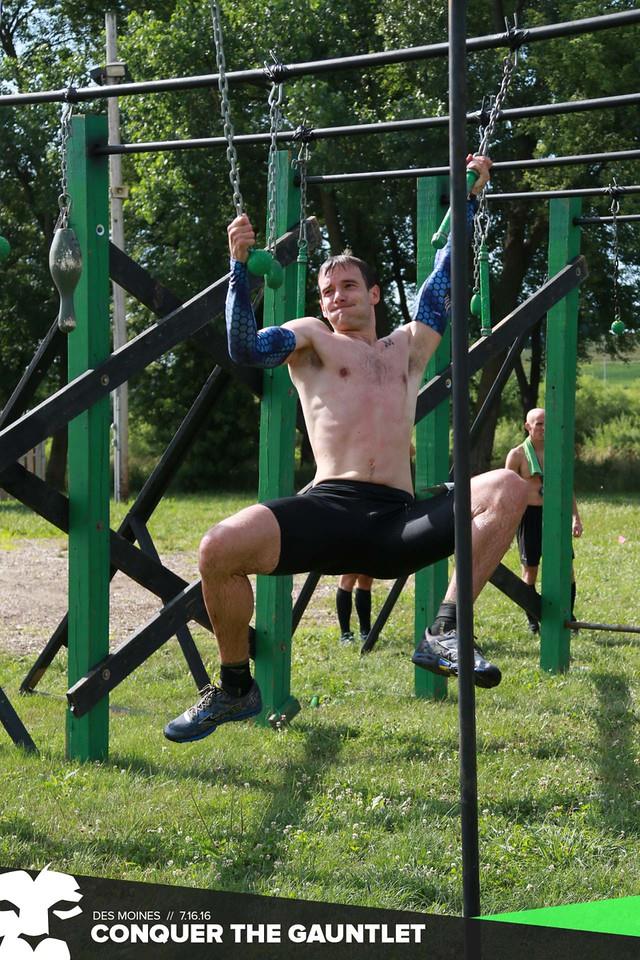 I was incredibly disappointed with having to turn in my belt, and ended up a disappointing 43rd as an unofficial finisher. After a long period of beating myself up, I decided to accept what happened and analyze it. In attempting a new event I faced things that were completely new to me and exposed some weaknesses in my training. Rather than having a pity party I have recognized what I need to do to be ready for my next race and for CTG events next year (needless to say, I’ll be making my own peg board and balance beam to practice on).

Every once in a while you need something to break you down in order to light a fire in you. The whole point of obstacle course racing, at least in my mind, is to find your limits and push beyond them. Well… limits found. Time to work on pushing beyond them. 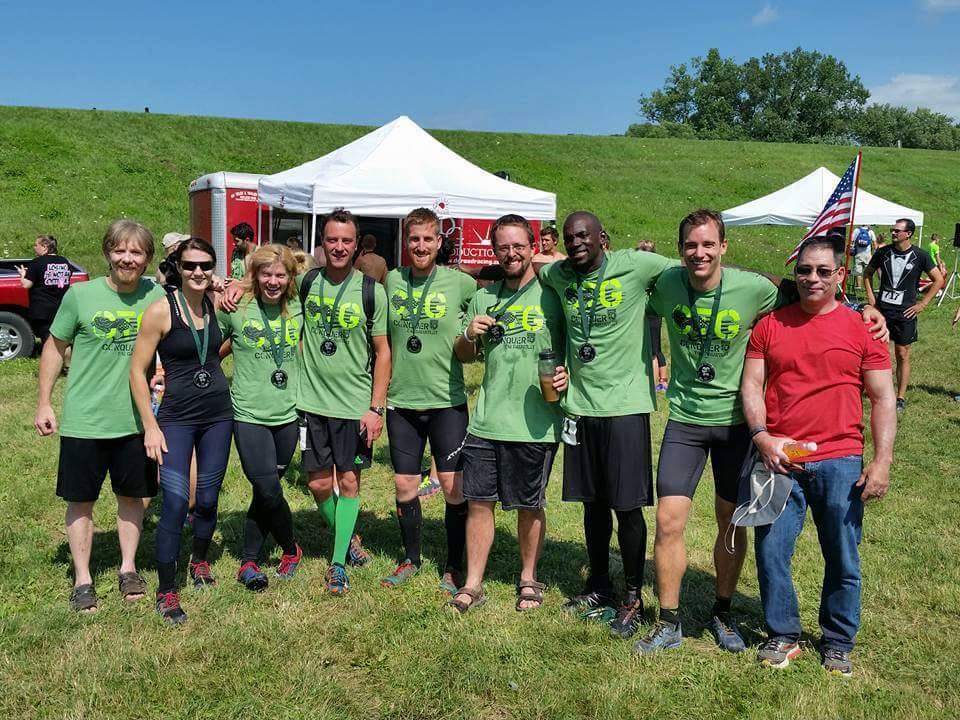 Pictures are from the official CTG photographer and provided for the article by Kevin Hill.