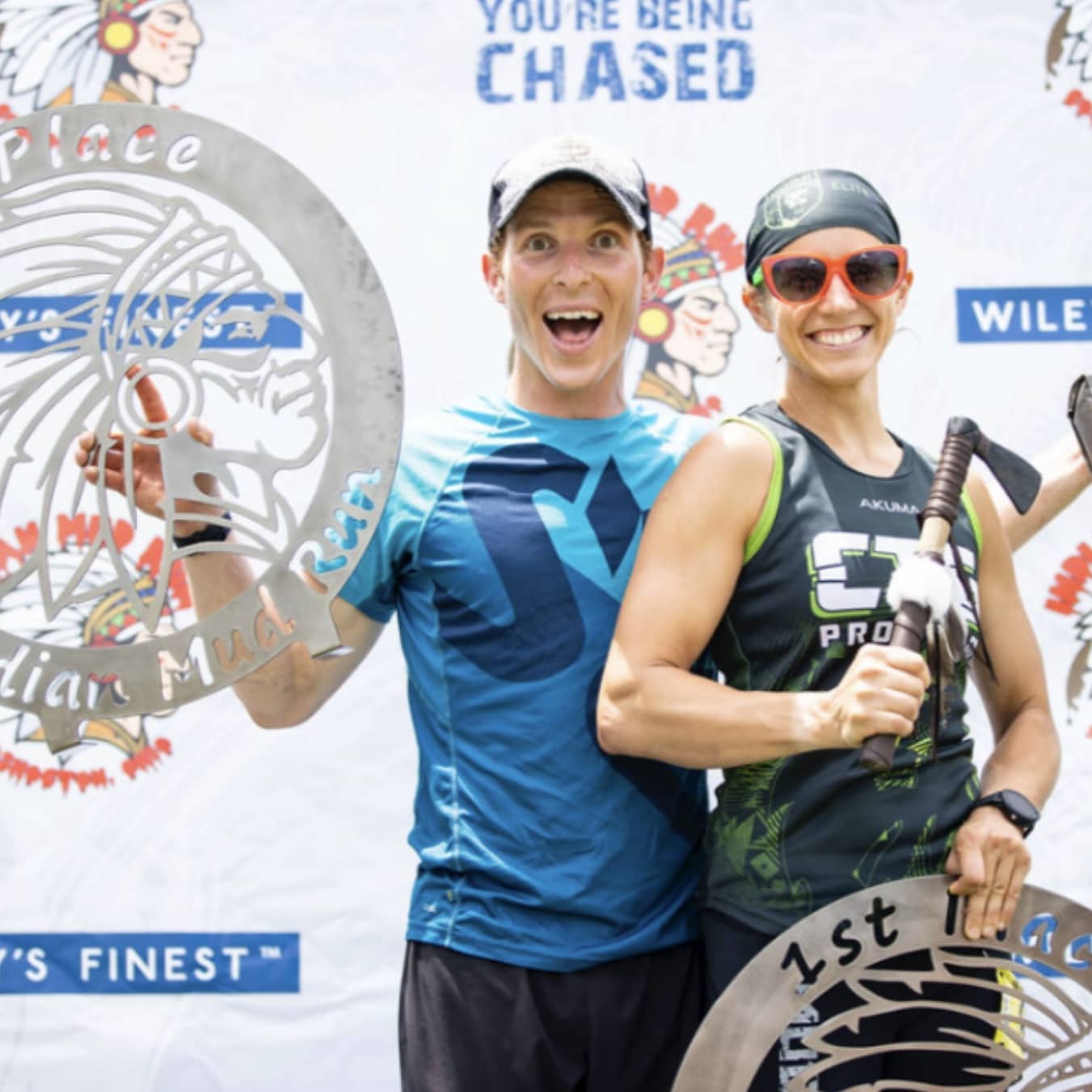 After saying I’m going to make it out to Indian Mud Run since 2017, I finally made the trip. It always lines up as a bad date for me due to a major endurance event or a local race. However, this year it was in the middle of me moving houses, so much to my wife’s happiness (sarcasm), we made the trip to near Columbus, Ohio for Hubie Cushman’s race. Here’s what I thought about my first Indian Mud Run experience: 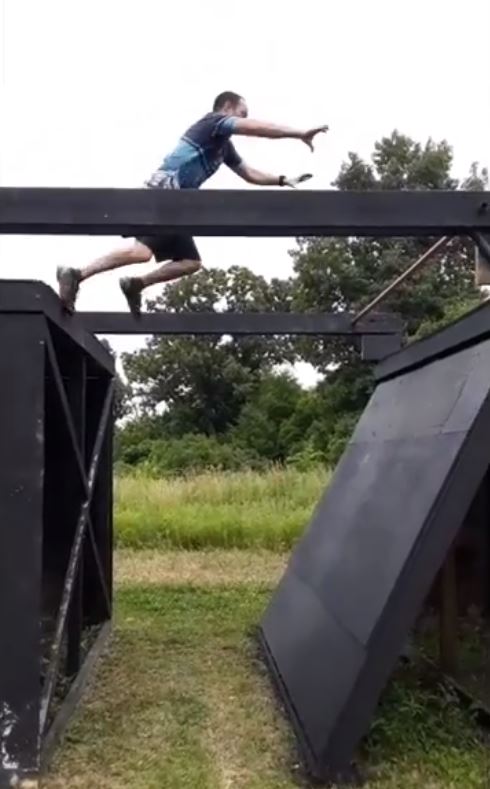 Parking/Check In: Parking was in a lower lot (unless you paid for VIP) and they had buses running to the start line. Unlike almost every other race I’ve seen do this, the buses were quick, efficient and there was enough that it didn’t feel like you were waiting. This is one of those races that I think VIP Parking is worth it if you want quick access to your car since standard parking is a short bus ride away. However, normal parking ran without issue. Check in was super-fast and inside the building where the merch shop was collocated. 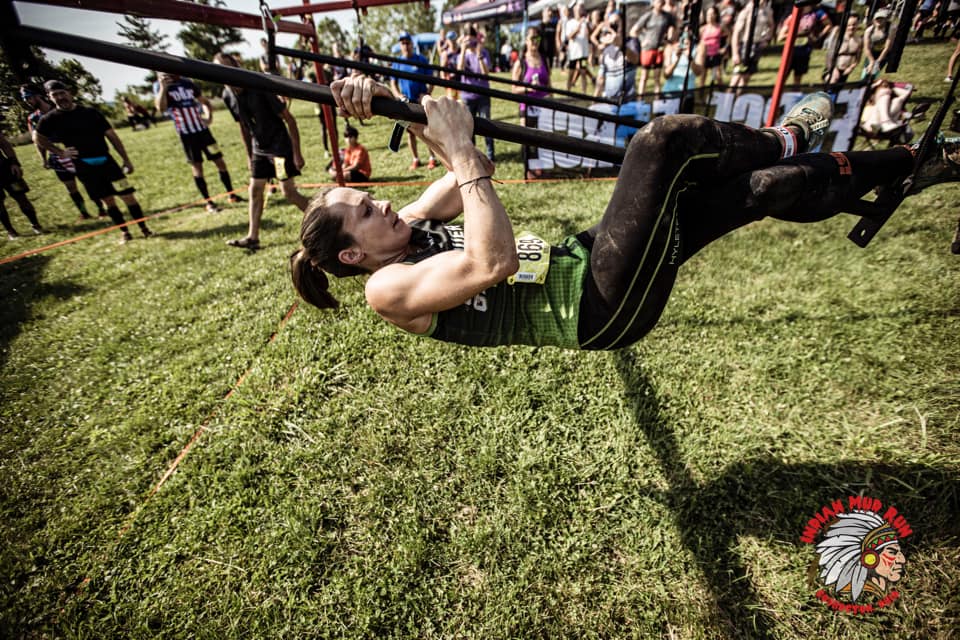 Race Organization: One of my favorite parts of this race is that it is separated into Pros and then Male/Female broken down by Age Groups. Therefore, if you are someone who is mainly concerned about Age Group placement you’ll get to run with your wave and know exactly where you stand mid-race instead of guessing on the ages of the guys in front of you. 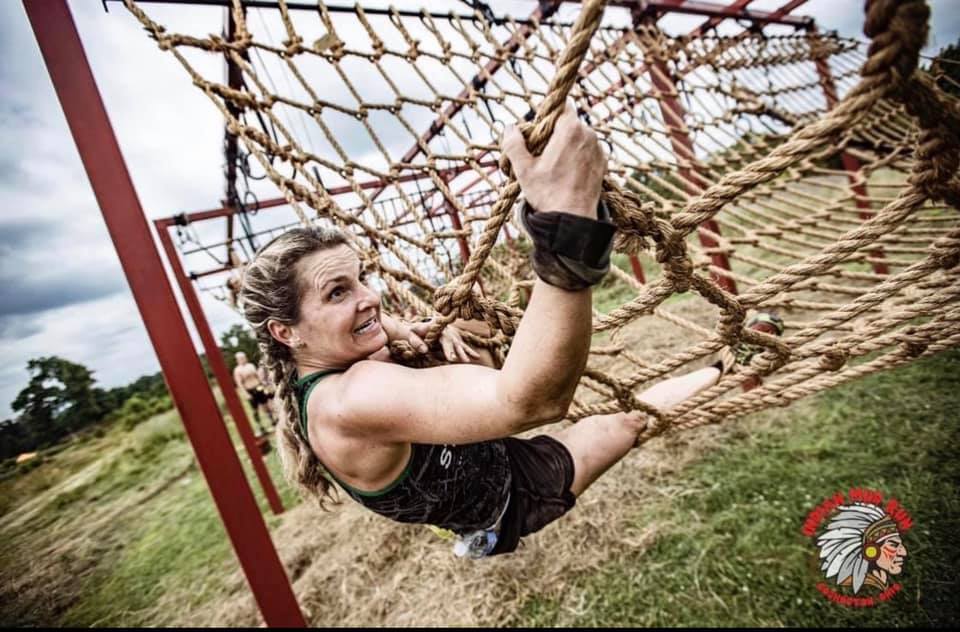 Terrain/Course: Technical hills. That about sums it up. After a short run through an open field the course jumped right into the woods with lots of technical footing and short/steep inclines and declines. If you have run the Obstacle Course Racing World Championships (OCRWC) when it was in Ohio, the terrain is very similar. Whatever you normally take for a 6-mile OCR, you may need to add 50% or more to your finishing time to get an accurate estimate. I thought the course was marked well, not as well as OCRWC where it is taped the length of the course, but the trail seemed pretty clear to me and it seemed like I could always see at least one course marking. The course ran by the festival a couple of times, usually as part of one of the interesting obstacles making it great for spectators. Spectators could even venture out a little to see some of the final mile of obstacles which included many of the other fun/interesting obstacles. 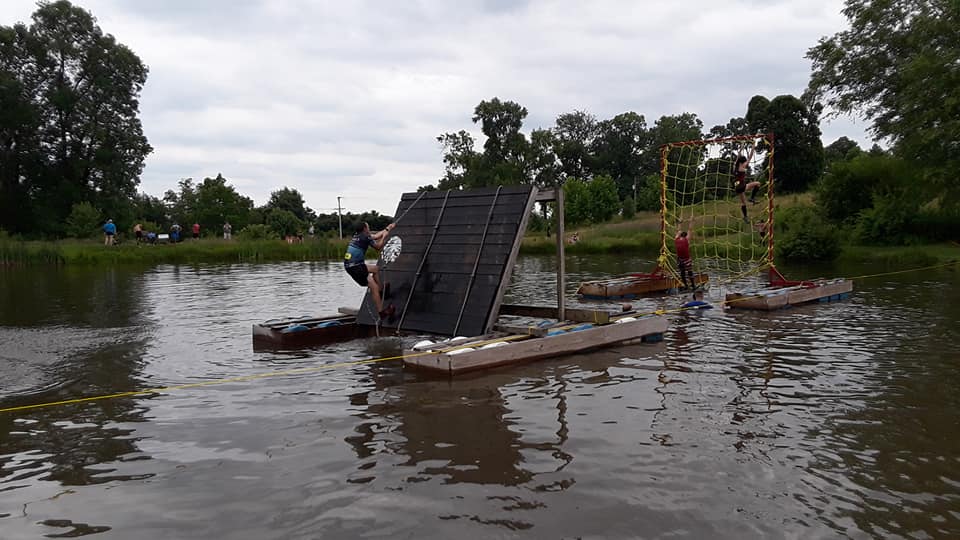 Obstacles: The course boasted an epic 85 obstacles over its 10k length (actually most people’s GPS had around 7.2 (+/- 0.1) miles for the course. What I liked, much like OCRWC, the really hard obstacles weren’t super long. Therefore, if you failed you could take a minute to regroup and retry with a decent probability of success. The ones that look the longest even had points where you could partially rest your legs either in a cargo net or short ladder, so not a complete rest for your arms but taking a little of the pressure off.

The most notable obstacles were Nuclear Rings (a traverse across pegs using rings), Force 5 Gibbons, a low rig, a red rig (underneath a cargo net to rings that ascend/descend and underneath another cargo net), 40 foot monkey bars and Indian (Skull) Valley (skull valley holds to ring to pipe traverse to short ladder to alternating skull holds). Add in two of the most epic water slides in all of OCR, Full Potential Obstacle’s The Destroyer, two different Dragon’s Back obstacles (one low and one normal sized) and of course 3 different variants of Floating Walls (one low, one that you go over instead of across and the epic massive one at the finish). Honestly, I could spend the entire article talking about their obstacles. Bottom line is they were some of the best in the sport, period. Obstacle designers Sidney Morris and David Mainprize from Battle of the Lions were out there building some of the more technical obstacles so I shouldn’t have been surprised with the quality/design of them.

The Red Rig was probably the one that took the longest but the two cargo nets meant you could wrap your arms and shift the weight off your forearms. It definitely took a lot out of you but the design meant even with a tired grip it wasn’t impossible.

The final obstacle was the signature Indian Mud Run Floating Walls, except the higher set of floating walls was replaced by three swinging bars and two rings providing a fun trapeze like ending to the race. 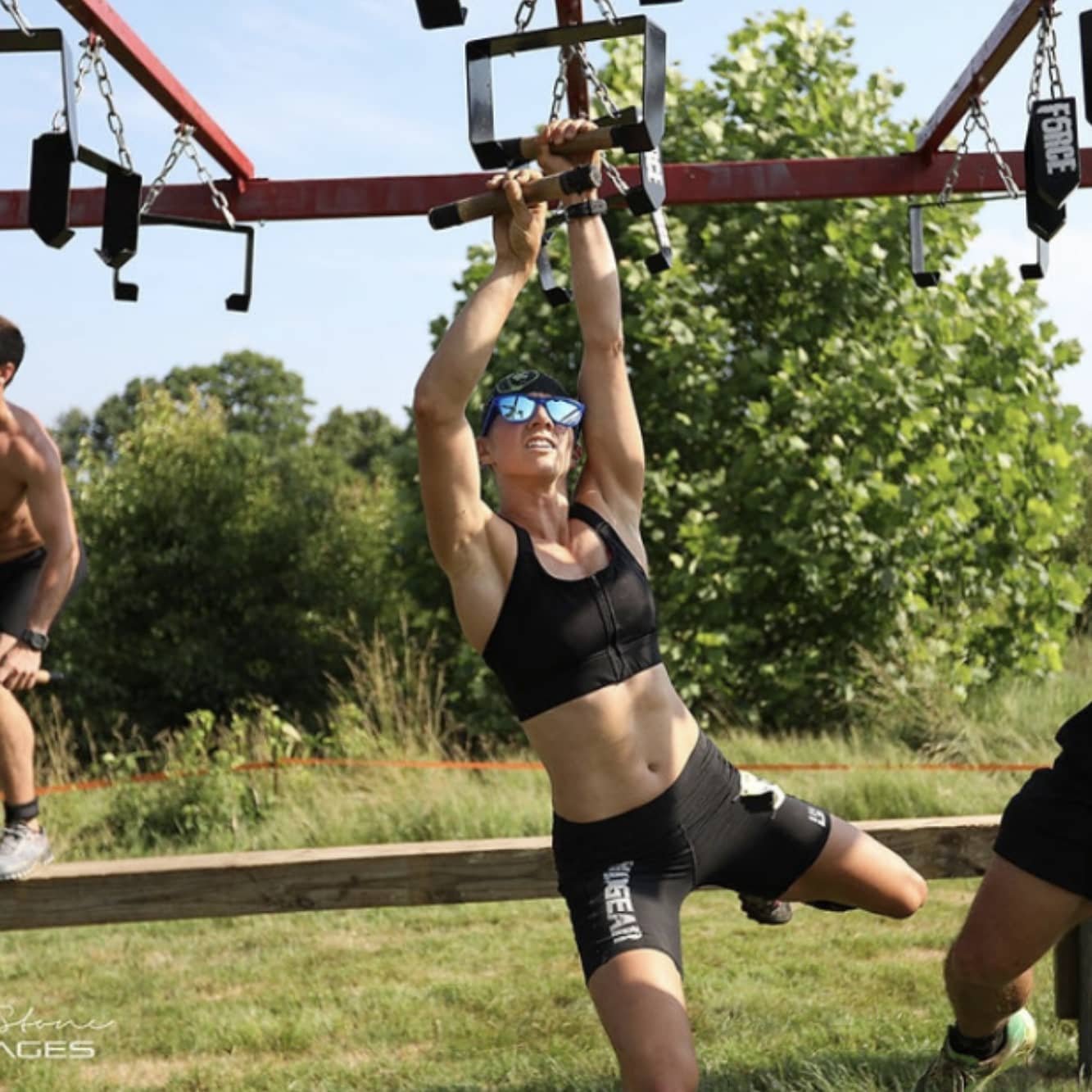 Chief’s Challenge: Their multi-lap option is called Chief’s Challenge. It requires 3 laps of the course…something which seemed like no problem the day before. On event day I quickly figured out why it only has a 35% success rate. The technical nature of course, density of obstacles, heat and overall exhaustion made the three-lap fun run feel a lot harder than I was expecting. If you finished all three laps you were rewarded with a genuine Native American arrow made by a local tribe. Although not competitive yet, rumor is the 2022 Chief’s Challenge will be its own competitive division. 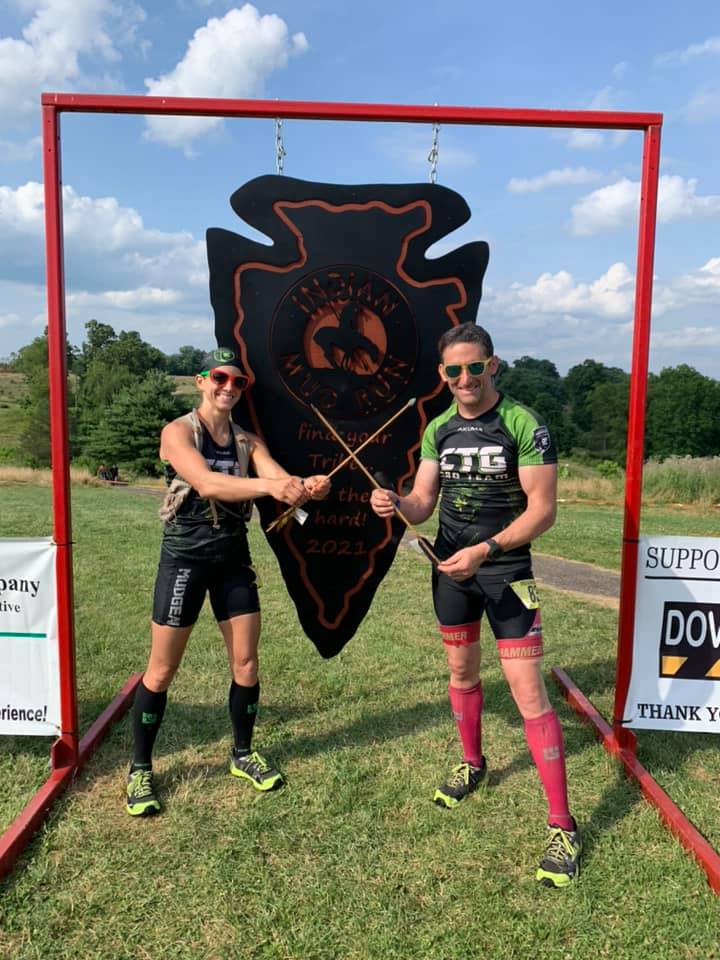 Awards: Indian Mud Run gave awards five deep for men and women pros, a nice touch for a field that had two of the top four men from North American OCR Championships. The men’s and women’s field were both deep with podium regulars and athletes who have been on Pro podiums of OCRWC and North American OCR Championships (NORAM) so the five deep awards was cool and well justified. Pro podium received Native American made tomahawks as well as a giant metal plaque which identified their placement. Top three in each age group also got Native American tomahawks for their performances. 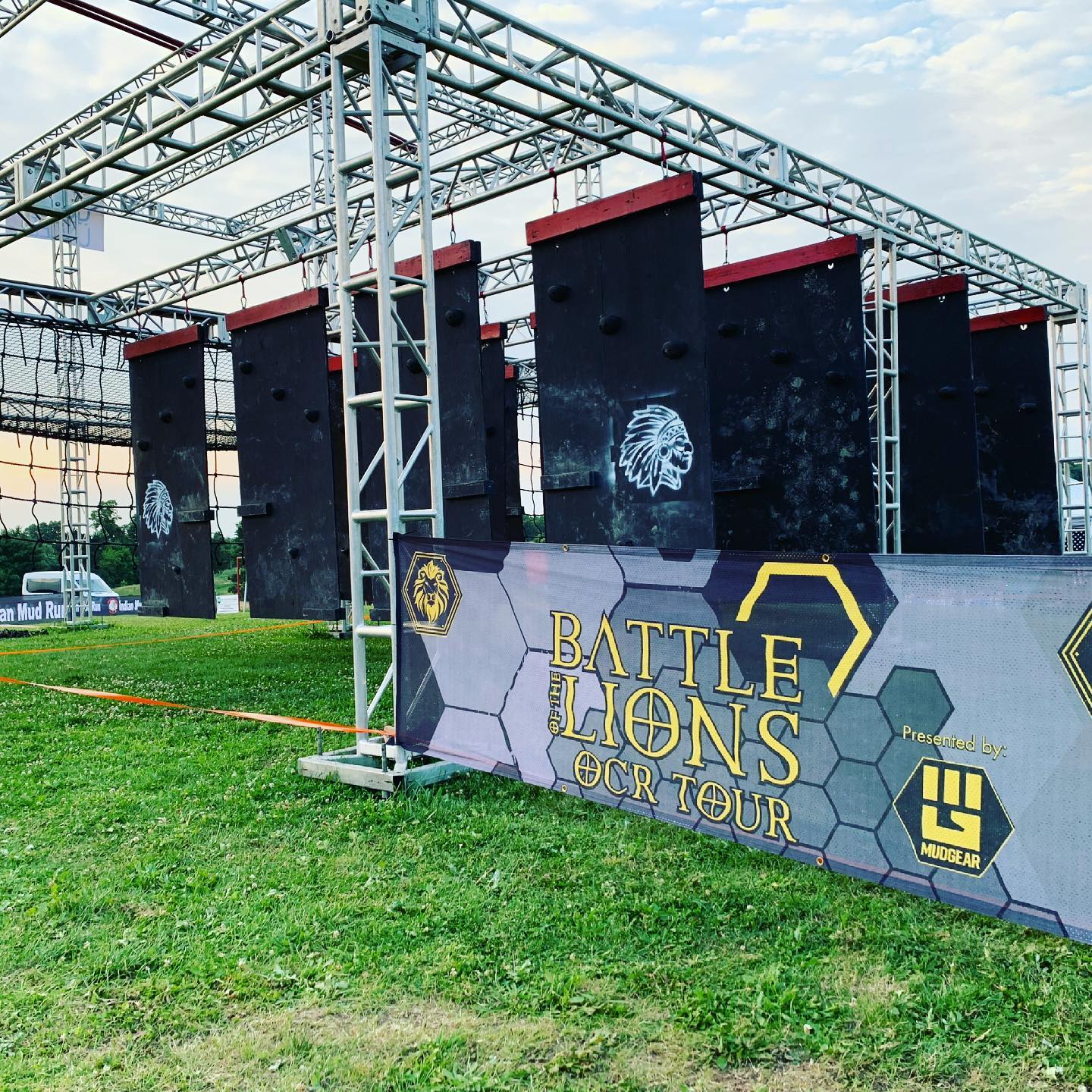 Overall: Indian Mud Run has a high-quality reputation and for a good reason. They did an amazing job and it is truly one of the best races in the USA. The bottom line is this, if you like OCRWC or NORAM you will love Indian Mud Run. The obstacles, the awards, the atmosphere and the community is all top notch. My only complaint was that I did the Chief’s Challenge, so I missed out on some of the great atmosphere since I was logging miles most of the day…but I did get a sweet arrow so it’s a tradeoff…one that I would probably make again. 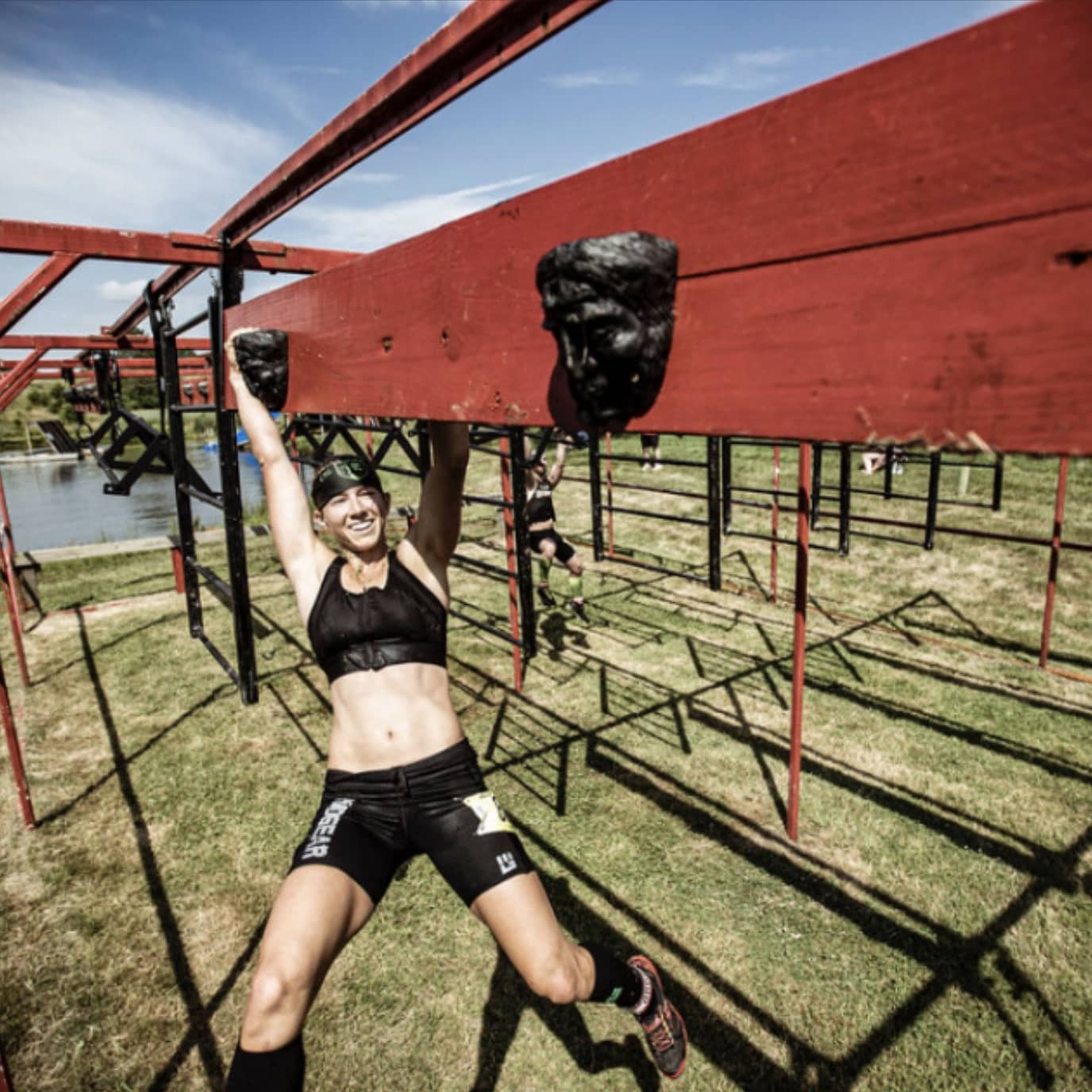